(27 June 2017) Hundreds of boerie pioneers, connoisseurs and local legends will battle it out at six different Champion Rounds on Saturday 1 and 8 July 2017 as part of the 2017 Championship Boerewors competition.

The Champion Round participants need to go all out to impress the judges with their boerewors-making skills, as just eighteen contestants (three winners from each of the six Champion Rounds) can proceed to the Top 18 Round in Cape Town on Saturday 22 July 2017. Here the top three recipes will be chosen by a panel of expert judges from the South African Chefs Association (SACA).

The winner of the 2017 Championship Boerewors competition, as voted for by the public, will be announced on Wednesday, 13 September. The grand prize includes a brand new Toyota Hilux 2.8 GD-6 Double Cab Raised Body Raider as well as the honour of having one’s recipe crowned and sold as #SAsNo1. There are also wonderful prizes up for grabs for participants from Coca-Cola, Wellington’s and Simba. 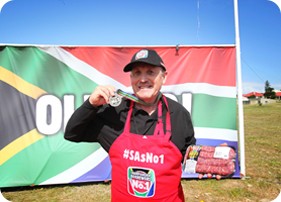 03 May 2017 - Olivier Kritzinger from Joubertina in the Eastern Cape was the 2016 winner of the Championship Boerewors competition. 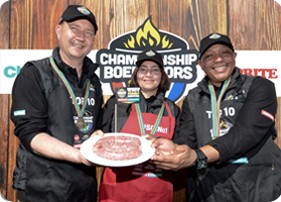 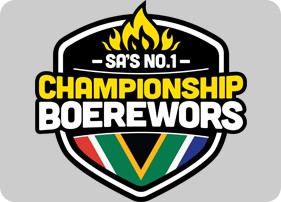